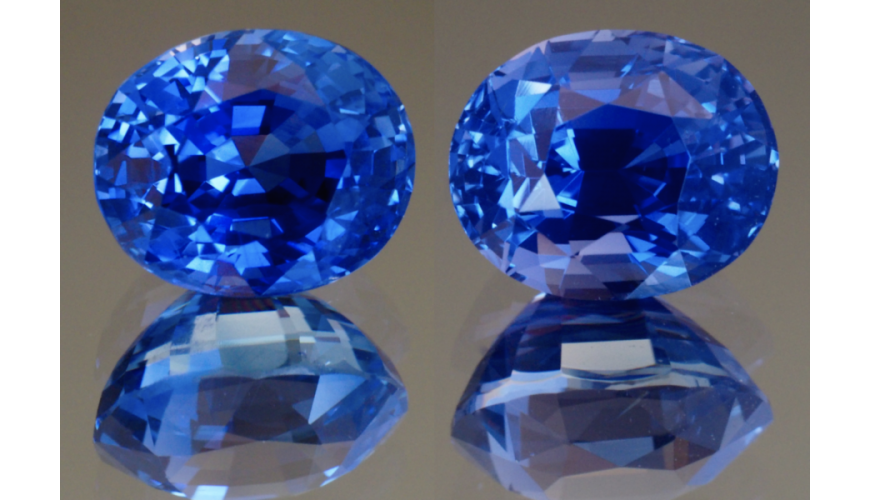 Sri Lanka is not only the most productive source for sapphire but the sapphire mines here are among the oldest known. According to historical accounts, Ceylon was already known for sapphire by the 2nd century A.D. and there was an active international trade in Ceylon gems by the 4th and 5th centuries. Many of the most famous sapphires in the world come from Sri Lanka. Ceylon sapphire has been valued for its vivid color, which tends towards a lighter and brighter blue than the dark blue sapphires from other sources.It was once called Rathnadweepa which means Gem Island in Sinhalese. Persian traders endearingly referred to the island as Serendip; presumably, because the discovery of such magnificent treasures leads to happiness, good fortune, and luck.

9/10 of Sri Lanka is made of high-grade metamorphic rock which means the 90% of Sri Lankan landmass belongs to Precambrian age is aging 3000 to 4000 Million years forming the very first layers of the earth.

Sapphire is the birthstone for September and the gem of the 5th and 45th anniversaries. Also before doing any research about sapphires & certification, we all need to understand that gemological labs do not grade but assess the characteristics of a sapphire (weight, measurements, shape, cutting style and color), determine natural or synthetic, indicate detectable treatments such as heat treatment (completely a natural process), and then issue an opinion on the geographic origin on a Gemological Identification Report.

When it comes to colorless diamonds, the stone is completely graded from color, clarity, cut, fluorescence, weight, etc. Making it a completely different story.

Every mine produces a wide range of quality gemstone. For gems of exceptional quality, an independent determination of origin adds to value. For sapphire, Kashmir receives the highest premium although Burma, Sri Lanka, and Madagascar also produce top-quality gems.

Sri Lanka is the only country that currently produces top-quality cornflower to peacock blue sapphires in volume-wise compared to Burma & Madagascar making the Ceylon sapphires to be the pilot in the gemstone industry in 21st Century. The tight chemical bonds of corundum also make the stones very dense and relatively heavy. This means they have not swept away during weathering, but accumulate in alluvial deposits – that is, left behind by the flow of water. As a result, sapphires can be found by miners tunneling down to ancient riverbeds or in bends of existing river beds.

Although the major gem locality in Sri Lanka is still Ratnapura and its surroundings, Elahera, in central Sri Lanka, has become the second-largest gem field. Since the 1960s, Elahera has produced economic quantities of goods to superior sapphire, spinel, garnet, chrysoberyl, zircon, and tourmaline, as well as many other gem materials. Some of these stones are now in major museums or in the private collections of some of the world's wealthiest individuals.

Recent archaeological discoveries have revealed that Elahera was an active gem center for many centuries. During the regime of King Parakramabahu, who ruled during the 12thcentury A.D., even foreigners were allowed to mine in certain parts of the region. Recently, archaeologists excavated the remains of tools used to work the gem pits and even some engraved stones.

These surface-mining areas measure 20 to 30 meters. The earth is first excavated by bulldozers to a level just above the gem-bearing gravel. The workers then carefully loosen the gem gravel with picks and remove it in cane baskets.

The production is becoming weaker due to less amount of quality sapphire rough is coming out of the soil. Basically, it has started to dry up and demand has exceeded then the expectation.

When something becomes rare the demand naturally increases. You can also call this as basic commerce or natural human taste.

The world’s most famous sapphire engagement ring, first worn by Lady Diana Spencer, and subsequently by Kate Middleton (The Duchess of Cambridge) has an 18 Ct unheated natural royal blue Ceylon sapphire, which is estimated to be worth more than half a million USD$ as of today. These kinds of high premium top-quality gems increase value every day, as a similar stone cannot be found to replace it.

For many centuries, royal families around the world have treasured Ceylon blue sapphire. Renowned for their powerfully and mysteriously attractiveness, sapphires are considered as a symbol of love, commitment, power, royalty, and wisdom. Some of the most well-known relationships royals have had with sapphires are the Ceylon Sapphire encrusted Imperial Crown of Russia worn by Queen Catherine II of Moscow, the Ceylon blue sapphire brooch given by Prince Albert to Queen Victoria on the eve of their marriage are more examples.

Sri Lanka is also well known to produce extremely high quality larger carat sapphires in the past few years. The best example will be the “Blue Belle of Asia”. It’s spectacular 392.52 Ct unheated cornflower blue Ceylon sapphire, which was sold at Christie's Magnificent Jewels auction on 11th November 2014 for a world record price of (USD): $18 million. It is said that there will never be a gemstone to replace it, as it was a masterpiece Mother Nature originate millions of years ago.

The quality of Ceylon sapphires has long been observed. Explorer Marco Polo wrote that this island, appropriately nicknamed the Gem Island (Rathnadweepa) has the best sapphires in the entire world. It also has the ability to dazzle, making it a popular choice in a variety of ring designs. Top-quality Sapphire engagement rings deliver an unorthodox brilliance thanks to the color it emits.

As of 2019 extra fine rare one of kind quality, Ceylon Sapphires have achieved over $51,000 + Per Ct closing up on the other historical Burmese Sapphires. 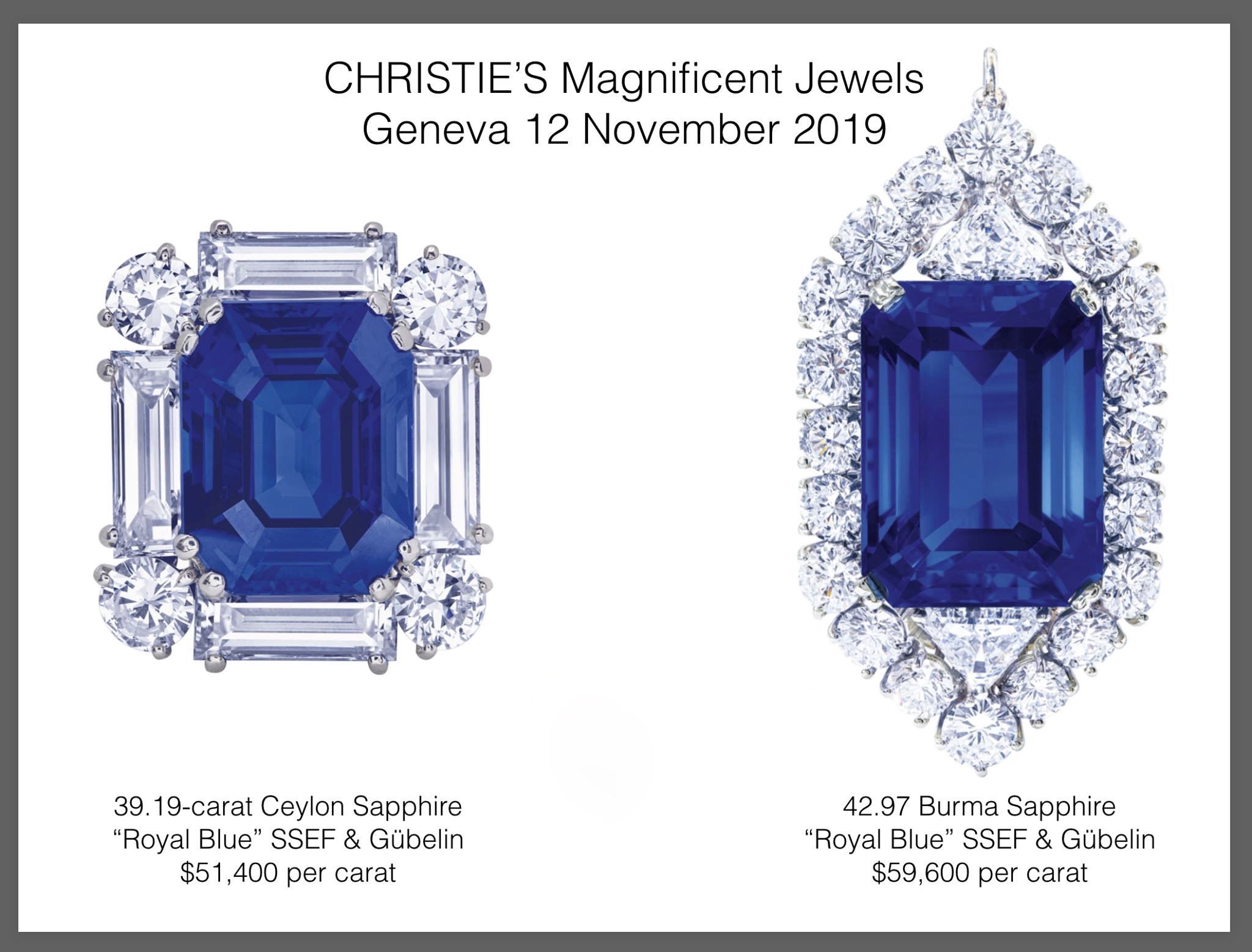 Local gem miners rely on traditional mining practices that have been used in Sri Lanka for almost 2,000 years without any environmental damage. These kinds of mining methods are also known as alluvial mining. The Governmental oversight of gem mining in Sri Lanka ensures that only low-impact mining practices are practiced and requires new projects to undergo a mandatory Environmental Impact Assessment.