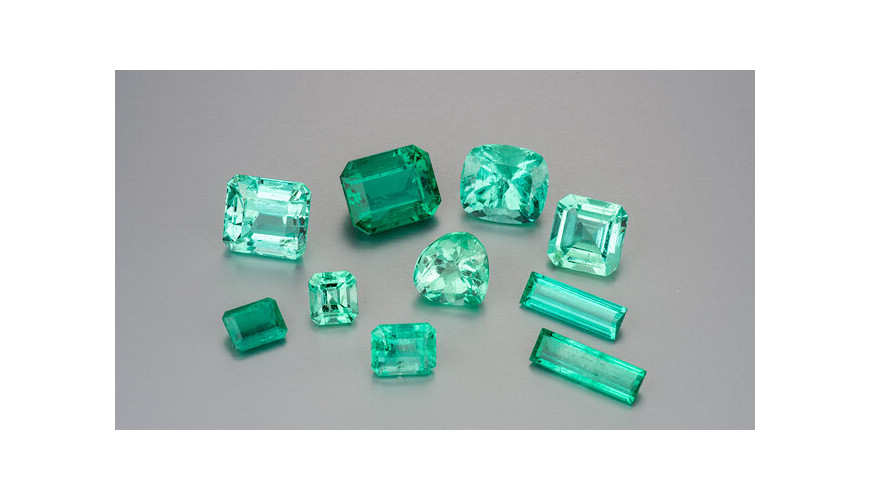 History of the Chivor Emerald Mine

Legend as old as time. The Chivor emerald mine in Colombia is an ancient mine, the first to be mined for emeralds in the Americas. It first supplied the Aztecs, Maya, and Incas. Then when the Spanish conquistadors landed in South America in 1537, many of the mine's emeralds were sent to Europe, where they stunned royal courts and made their way into the hands of monarchs around the world. The mine was lost for over 200 years but rediscovered in the late 1800s and has remained in operation ever since. Seen here is a hexagonal emerald crystal with dodecahedral pyrite crystals from the Chivor mine.

The history of the Chivor emerald mine in Colombia is rife with legend and adventure. The tale traces from early exploitation by indigenous people, to work by the Spanish in the sixteenth and seventeenth centuries, to 200 years of abandonment and jungle overgrowth. The story then picks up with rediscovery near the turn of the twentieth century by the Colombian mining engineer Francisco Restrepo using clues from a historical manuscript. Still, the saga continued, with repeated shortages of investment funds driving multiple ownership changes and little progress toward mining the largely inaccessible deposit. The German gem merchant Fritz Klein, in cooperation with Restrepo, pursued limited mining activities with a small number of workers for a few months prior to the outbreak of World War I. After the war, the American company Colombian Emerald Syndicate, Ltd., took ownership, and mining operations resumed under the new leadership. Ownership changed yet again in the 1920s, followed by multiple cycles of expanding and shrinking mining activity, interrupted by completely unproductive periods.

Read more about the Chivor emerald mine's history in the latest issue of Gems & Gemology.